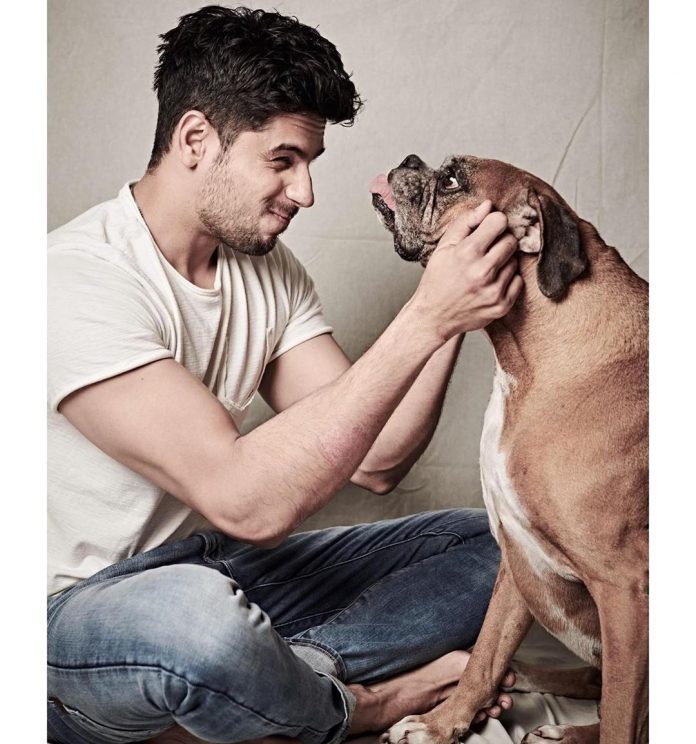 Actor Sidharth Malhotra started his morning by clicking a picture with his pet named Oscar. The actor has always been fond of dogs. His fans know that he is a complete animal lover. He has collaborated with PETA for a campaign to create awareness for dogs. He still creates awareness about dogs recently when there was a buzz that dogs are expected to spread the virus, he through his Instagram reached out the audience and said “Hey guys, there is no evidence that dogs are spreading the virus so please don’t abandon them! We need to keep them close and also help the ones who don’t have enough food during this difficult time. Let’s get through this together”

Since then the actor has posted with his pet in the picture from time again and how because of this quarantine he got to spend more time to bond with his pet Oscar. Today as well he started his morning posting a picture with his pet with a caption “#GoodMorning”.

Meanwhile, the actor wrapped up with the shooting of his new film ‘Shershaah’ directed by Vishnuvardhan. The film is about tracing the life journey of Param Vir Chakra awardee and the army captain Vikram Batra starring Sidharth Malhotra in a double role, as Batra and his identical twin brother Vishal and Kiara Advani as Dimple Cheema and others in pivotal roles. The film was scheduled to be released on 3 July 2020, but it got postponed due to COVID-19 pandemic.

The actor keeps his fans and audience entertained through posts with his throwback pictures as well.