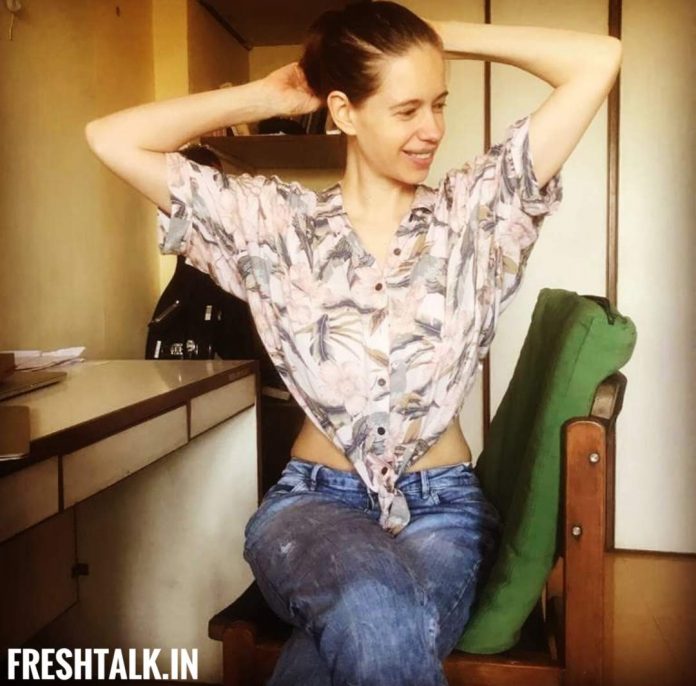 During this pandemic many celebs are sharing interesting activities to their fans Kalki Koechlin also added her name to the list. She recently shared some amazing thing on her Instagram. Koechlin well knows how to keep her followers and fans entertained.

Actress, Kalki Koechlin’s new Instagram post will make you daze. If you are thinking about what we are talking about go and check her post. Koechlin channelled her inner chef on Instagram by sharing two pictures of “ freshly baked cake”.

Kalki posted two photographs of the cake, one picture after she “freshly baked” it and the other one after she cut it into half. Posting the pictures, Kalki captioned: “Freshly baked heart.” She also mentioned her post with hashtags as #eatyourheartout and #covidtimes. Her fans commented like “looks yummy” and “you bake like a chef.

Kalki Koechlin made her Bollywood debut with Anurag Kashyap’s Dev D in 2009. She has featured during a number of films and web-series like Dev D, Shaitan, Zindagi Na Milegi Dobara, Shanghai, Yeh Jawaani Hai Deewani, Margarita With A Straw, A Death during a Gunj, Gully Boy and Sacred Games 2, which Anurag co-directed with Neeraj Ghewan. The actress was last seen in web-series Bhram, during which she shared screen space with Bhumika Chawla, Sanjay Suri and Eijaz Khan among others.