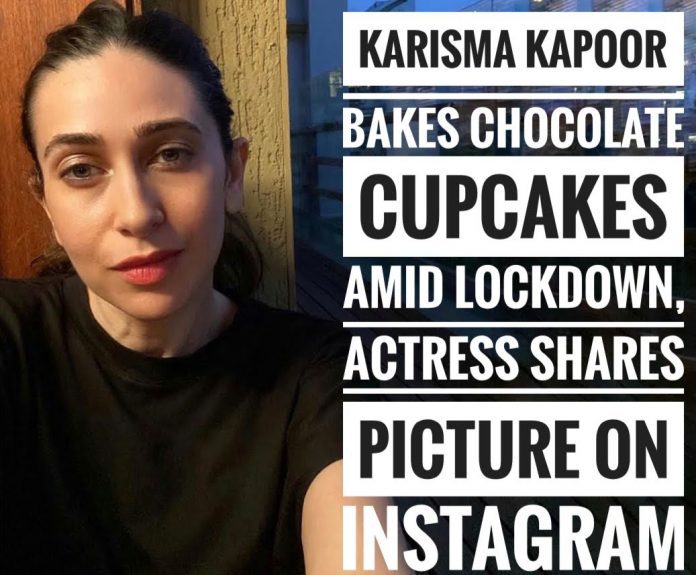 The nationwide lockdown due to the COVID 19 pandemic has confined everyone to their homes to contain the spread of the virus. Bollywood celebrities have turned to the kitchen and making most of their times with their families.

The evergreen Karishma Kapoor shared home-made cup-cakes pictures on her Instagram account. She uploaded a selfie with her scrumptious cupcakes made for her family and staff.

During the initial days of the lockdown in late March, she had also posted a picture of her baking a chocolate cake for her kids. She wrote, “Simple pleasures of #socialdistancing Bake a cake for the family and staff at home #stayhome #staysafe #familytime #nofilter”.

The actress has recently celebrated 20 years of her film ‘Dulhan Hum Le Jayenge’ opposite Salman Khan. She posted a shot from the film’s Mauritius sets that shows her and Salman in a sassy, cool beach attire of those times.
The film was directed by David Dhawan and released in 2000.