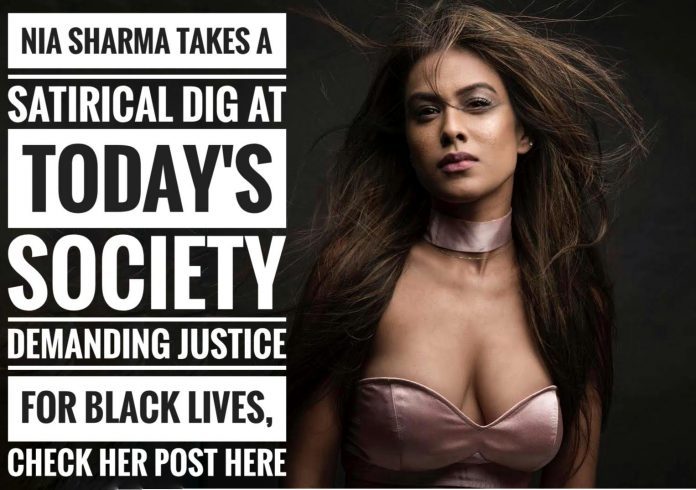 As we all know, the peaceful protest “Black lives matter” for the death of George Floyd becomes worldwide. Almost everyone is protesting and sharing their point of view by posting different posts on social media handles.

Recently, Nia Sharma, the TV serial actress, shared a post on her Instagram profile. In the post, it has been seen that only one very deep and meaningful line is present.”Black lives matter but bahu toh Gori hi chahiye humme”.

The post is in Hindi and though it is reposted by her the lines are very true.

In today’s scenario, we all are protesting for the black lives matters but when it comes to us we prefer the white ones more. To be very honest, almost everyone will prefer a fair bride rather than a dark complexion bride.

After the post, many fans and followers agree with Nia Sharma. One of them wrote-“True…I have been rejected by many candidates bcz of my skin complexion… Now I have decided that it’s better to stay single rather than rejection…bahu toh mein bhi banna chati the..”. Replying the fan, Nia wrote-

“That’s not rejection my friend..that’s called getting rid of dumb and dumber.