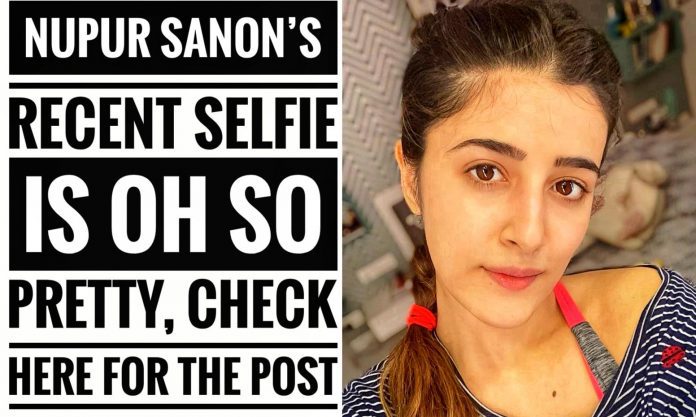 Kriti Sanon and Nupur Sanon are cute sisters who are into Bollywood and both are setting their careers in the film industry. We all know Kriti Sanon started her career through movies, but her sister got fame, from the song filhall, and both of them shared the cutest and adorable pictures in which they are looking for there are having a good time with each other. In one of the pictures, they can be seen making goofy faces while in another, nupur can be seen giving a peck on Kriti’s hair.

And on this, Nupur Sanon wrote.” Squishy quarantine.” there are many more pictures of both which includes the pictures with their dogs. And with this, she captioned in her post” happiness is a pretty simple word… you just need to know where to derive it from, #morningwithmysunshine.” both the sisters are doing well in their life by enrolling themselves in such hit movies and songs, where we can see that heropnati was Kriti’s first movie and so nupur’ well, both of them made a good appearance. both are under the limelight but still, nupur somehow managed to garner it somewhat less as compared to her sister.