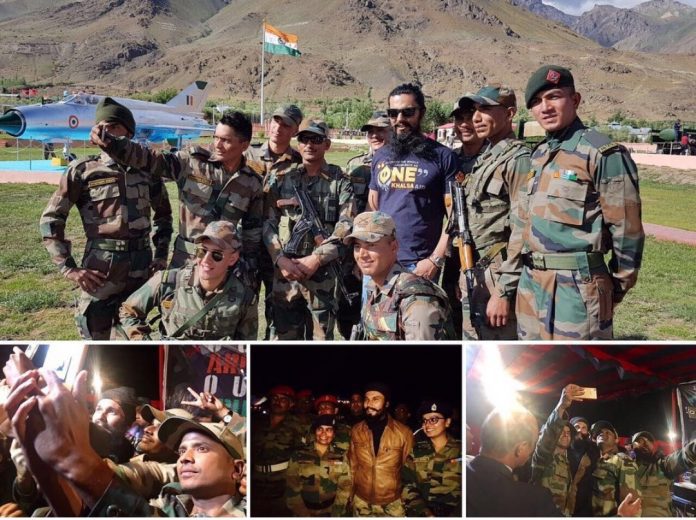 Today sure is a special day as we mark Kargil Vijay Diwas which is the 21st anniversary of Indian Armed Forces” victory in Operation Vijay against Pakistan, in the Kargil-Drass sector of Jammu and Kashmir in 1999.

A proud day for all Indians, Kargil Vijay Diwas celebrates the Kargil war which was fought for more than 60 days and ended on this date today. Celebrating the day, several celebrities took to social media to share heartfelt posts and give their tribute to Bravehearts.

Actor, wildlife photographer, an advocate of animal rights and UN Ambassador for Migratory Species, Randeep Hooda writes, travel and brings a series of photo essays, among masses about his meandering experiences.

Actor Randeep Hooda took to Instagram and shared throwback pictures from his visit to the Kargil War Memorial in Delhi. He wrote, “Shaheed ki chitao par Laeange har baras mele, Watan par mar mine walo ka yahi Baki nishaan hoga (Fairs will be organised on the martyrs’ funeral pyres every year, this will be the only symbol of those who die for their homeland). Kargil War Memorial – must visit.”

Recently, the actor also took part in a beach clean drive and also posted pictures of the same on his Instagram handle. Soon the post grabbed a lot of attention on the internet as netizens were spotted appreciating the actor ‘s move and poured their hearts out in the comment section. However, this is not the first time the actor has supported a cleaning drive.

Randeep was recently seen in Netlfix film Extraction, alongside Chris Hemsworth. On the film front, Randeep will be seen in Salman Khan and Disha Patani starrer ‘Radhe: Your Most Wanted Bhai’ by Prabhu Deva. However, due to the ongoing virus outbreak, the release of the film has been delayed for later this year.