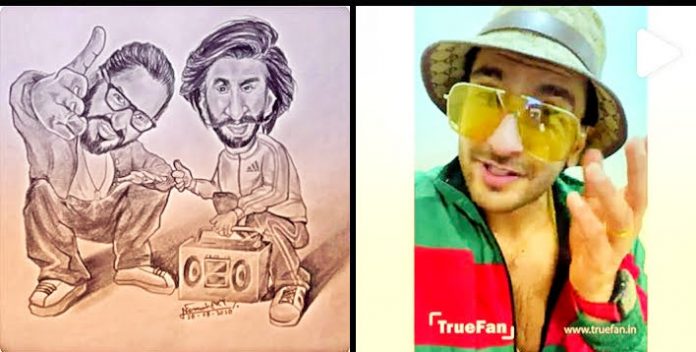 Music is an art, rapping is no less. In previous times, rapping was not considered good, I don’t know why. Similar was the case with dance. But with time as everything settles the same happened with both dance and rapping. Rapping is not music its the words are said at a particular speed. Repetition of words is very normal. Similar acts repeated, again and again, is known as rapping.

There are many good groups of rappers, recently a movie GULLY BOY was made. In which we were told that rapping is not an easy task. We need to repeat their work. It was portrayed by RANVEER SINGH. It movie was well talked about. It needed that obviously, CHAL BOMBAY is one of my all-time favourite raps by DIVINE, on which gully boy was made.

Today on Instagram we saw Ranveer Singh, updated a new post with EMIWAY BANTAI, another very famous rapper. We know from a bunch of coals comes in diamonds. Similarly, Emiway is the diamond who came from a place of coals. Hardworking leads to success, what could be a better example of that? None.

They say the tress which is more grounded has more fruits on it, I feel the same for Ranveer Singh. He is so humble. Which makes him different from others. Today’s post caption is totally relatable to Ranveer Singh’s personality. We see there is a great interest in rapping because his feed has a tribute to many rappers. Ranveer somewhere knows the hardwork done by them, as he did the same while shooting for gully boy. Like good actors, he did all the raps by himself. This made him realised the hardwork done by them, which makes him give tribute to all the rappers.

He is a great fan of music be it rapping, his feed has so many rappers in it. Be it taste in Punjabi rapping, the biggest example to that is he follows SIDHU MOOSE WALA. All this makes him different from other actors who just want to follow the class. He is a proper Delhi boy, who have touched sky but is still attached to his roots.

Talking about the picture its a beautiful sketch made by yeomanry. In this artwork two legends, EMIWAY BANTAI and RANVEER SINGH are sitting and they have a speaker in front of them, which represents rapping. Their outfits are doing the same, representing rapping. Isn’t it cool? There is much artwork which is done in order to mark respect of such celebrity’s but not all put it as Instagram feed. Only a few legends like Ranveer Singh, who respects all art forms do it. All these gestures make him our favourite. Keep going like this. Be humble to be safe.